Cement major UltraTech has began construction on 3.5 million tonne greenfield cement plant at an investment of around INR 1,850 crore in the Pali district of Rajasthan.

The company also announced an investment of around INR 10,000 crore in the state in future, including the present one in cement, but did not offer a timeline.

The 3.5-million tonne per annum integrated cement plant coming up at Ballara village, is expected to commence commercial production by mid-2020, the Aditya Birla Group company said in a statement.

Together with its current capacities of over 9.5 mtpa of grey and white cement in Rajasthan, UltraTech’s presence will cross a significant 13 mtpa in the state, on commissioning of this plant, it added.

The ground-breaking ceremony was flagged off digitally by chief minister Vasundhara Raje Scindia.

“Rajasthan has emerged as one of the fast growing markets in the North owing to several ongoing government infrastructure development initiatives, in keeping with the nation’s growth trajectory,” Aditya Birla Group Chairman Kumar Mangalam Birla, who was present at the function, said.

“UltraTech is proud to partner Rajasthan in its growth initiatives, by adding to its existing capacities of cement plants. We are enthused to be part of this continuing journey and plan to grow aggressively in Rajasthan,” he added.

The Aditya Birla Group has already made significant investments in Rajasthan in terms of financial resources, manpower development and management time to expand its businesses, to the tune of INR 9,000 crore.

The group employs over 8,000 people in the state, and going forward a capex of nearly INR 10,000 crore is planned, including the Pali project, the company said. 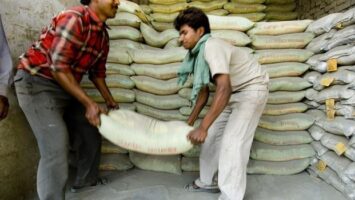 Birla, Dalmia are said to be lead bidders for Binani Cement 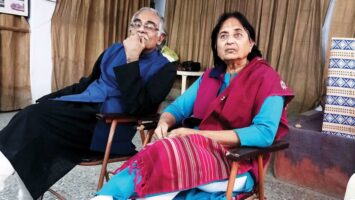