Swedish home furnishing retailer Ikea plans to break away from its tried-and-tested standardised store format followed at each of its 400 sales points across the world and do things differently when it opens its first store in the country at Hyderabad by April 2018. These include plans for in-house sections for assembling furniture at each of its stores in India, a big focus on home deliveries and a range of localised products that include chapatti pans, idli maker and spice jars.

Globally, Ikea is known for its ‘do-it-yourself’ model, under which customers buy knocked-down furniture and assemble it on their own. However, in India, the practice of people driving down to far off locations to pick up a furniture unit, bringing it back home, and building it themselves might not work, according to Ikea India’s deputy country manager Patrik Antoni. “Today the Indian population is maybe not so used to ‘do-it-yourself’ and there’s a very strong service need in a service-based economy like India. We are very well aware of it. So the stores that we are building here are very differently configured. We are adding areas for home delivery, and we are expecting a lot more home deliveries (60-70% of sales in India) than we are doing in Europe (10-15%),” Antoni told The Indian Express.

He also said that in the beginning the assembly would be an in-house activity at Ikea stores. “We’re hiring much more people to do assembly, because we believe people will need assembly. In Europe, it is very expensive to have someone to travel to your house and assemble something that you could do yourself. We are preparing ourselves to take care of these things,” Antoni said, adding that over and above the 500-700 people Ikea plans to employ at its stores in India, an additional 1,500 would be hired to do jobs such as home deliveries, assemblies, etc.

The sprawling campuses that Ikea is expected to have will comprise various components. Antoni said: “There will be playgrounds, changing tables for children, breast-feeding areas, menus in restaurant for kids. We’ll have a big exhibition area, which will be around 60,000 square feet – where you can see room settings, and have the full experience. Then we’ll have what we call a market wall where we will have all the little products, which is also about 60,000 square feet. We’ll also keep the stock in the store.” Also there would be the popular Ikea restaurant.

“Half of the range will be Swedish – chicken meatballs, salmon, etc. The remaining half will be localised, and will be different for even Hyderabad, Mumbai, and Delhi. We are a Swedish company, and want to be known for our Swedish identity and food is very important. It’s a very clear driver of identity. More people eat than they buy at Ikea,” Antoni said.

Antoni said that much effort has been put behind identifying the lifestyle of Indians and replicating it. For this, Ikea conducted 600-700 home visits in the recent past to study the way Indians live, and the furnishing challenges they face.

Based on these visits, Antoni said, Ikea would create specific and relevant solutions not only for India at large but also for cities where its stores are located. “For example if you go to an Ikea store in Delhi, since the rooms in the city are relatively bigger, you’ll find a large room replica at the store. In Delhi, people like to show the items they collect in the living room, prefer flexible seating solutions for when they have guests at home. In Mumbai, we’ll have smaller rooms, and try to show similar ideas accordingly,” he said.

Even though the localised products may be so through their use cases, Ikea is also working on tailoring itself for different raw materials compared with what it uses elsewhere in the world. For instance, to prepare wood boards, Ikea uses wood fibre, but Antoni said that Ikea plans to use fibres made from other sources such as coconut, banana tree stem, water hyacinth, jute, etc., for making wood boards. “We are looking how we can make wood using Indian raw materials. So this is a process we’re figuring out as to how we can make wood from waste. Elsewhere, normally we use wood fibre, but if this succeeds here, we will export these products,” Antoni said. 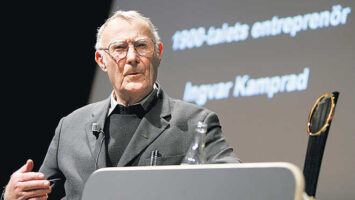 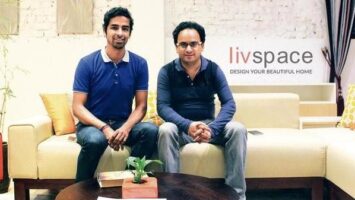