One of the architects who helped restore Windsor Castle after a devastating fire said a shortage of craftsmen could hold up the reconstruction of Notre-Dame.

“The supply of craftsmen with the skill to work so much stone, so much timber, so much lead, so much glass for the windows is something which the industry in the whole of Europe may well be challenged to meet at the present moment,” Francis Maude, Director, Donald Insall Associates architect firm, told AFP.

“There are other very large projects which are facing the same limitations,” he said, giving the example of the Houses of Parliament where his firm is also working.

Maude’s firm was called upon by the British royal family to help restore Windsor Castle following a fire in 1992 that also shocked the country.

The fire began in the Queen’s Private Chapel when a curtain was ignited by a spotlight pressed up against it. It spread to the State Apartments, including St George’s banqueting hall, and engulfed Brunswick Tower.

There were no casualties, also thanks to the quick reaction of the castle’s own small fire brigade.

As part of the renovation, a specially commissioned stained-glass window was installed in the medieval surrounding depicting a firefighter battling the blaze.

The castle’s grandest rooms were restored to their former state while others were modernised. The issue of how faithfully to stick to the original design is also likely to be the source of “big discussion” when rebuilding the iconic Parisian cathedral.

“There will be some who think the only way we can restore Notre-Dame is to make it exactly the same as it was before,” said Maude.

Alternatively, restorers could draw inspiration from the rebuilding of Reims Cathedral after World War One, when a fire-resistant steel roof was installed.

Maude pointed out that “there has already been a process of change at Notre-Dame” with the 19th-century restoration work done by French architect Viollet-le-Duc, and that carefully selected parts of the church could be modernised, making it more efficient and less at risk of future fires.

But it is likely to be many months before the mammoth cleaning-up process ends and an assessment made on which parts of the 850-year-old Gothic masterpiece can be salvaged.

“One particular difficulty which I can imagine is the cathedral being largely constructed of limestone,” warned Maude.

When limestone is exposed to temperatures of over eight hundred degrees centigrade, it “decays through chemical reaction… and it’s then rather difficult to use it again,” he said.

“I can imagine that there’s going to be a lot of the historic surface of the stonework lost but there may be stone buried deeper within the walls which can be capped.”

The cathedral’s relatively bare interior should count in its favour, compared to Windsor Castle, where centuries of redevelopments led to a complex web of empty spaces behind the walls.

Money does not appear to be an issue, with billionaire donors already pledging hundreds of millions of euros.

The Director said he would be delighted to be invited to help in the restoration, which he believes could end up revitalising the UNESCO world heritage landmark.

“It can be a symbol of renewal,” he said of the fire.

“There’s also an opportunity in some parts of a rebuilt Notre-Dame to have a new expression of an artistic temperament for our own times.” 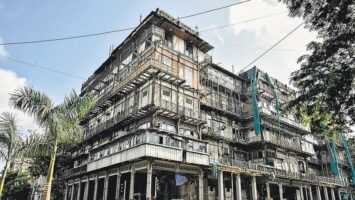 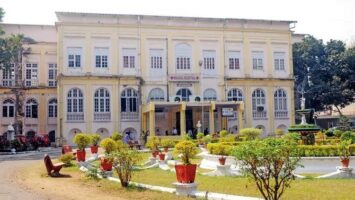 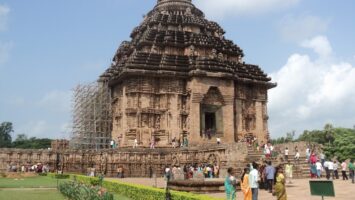 No infrastructural damage to Sun temple in Cyclone Fani