Bombay, as the Indian city was formerly called, is known more for its Victorian Gothic edifices than the sleeker architectural designs that swept Europe and America during the 1920s and ’30s.

But now, a group of enthusiasts are making Mumbai’s hundreds of Deco structures, which include residential properties, commercial offices, cinemas and even hospitals, as famous as their 19th century counterparts. The ambitious Art Deco Mumbai project aims to document every single one and educate residents about the buildings’ origins to ensure the ‘style moderne’ architectural legacy of India’s financial capital is preserved. “Bombay has one of the largest collections of Art Deco buildings in the world. It’s an incredible heritage,” said, Atul Kumar, keen conservationist and founder of Art Deco Mumbai.

Palm trees blow gently along the three-kilometre Marine Drive promenade where Soona Mahal, a symmetrical, yellow-painted building with orange vertical lines and elaborate turret, sits proudly on the street corner. “It’s an iconic building that looks like a ship pushing through waves,” says 70-year-old Mehernosh Sidhwa proudly. He is the third generation of his family to live in it after his grandfather had it built in 1937. Around the corner, five-storey buildings sporting elegant Deco fonts, marble floors and spiral staircases line the Oval Maidan playing field while nearby are the popular Eros and Regal cinemas.

The areas make up the heart of Mumbai’s Art Deco precinct which in 2012 was submitted to UNESCO for world heritage recognition. A short distance up the coast is Breach Candy hospital, also in Deco style. “There’s an interesting amalgamation of classical European Art Deco and Bombay Deco. You have ziggurats, rounded locomotive balconies, tropical images, streamlining, speed lines and Egyptian motifs as well as Indian designs,” enthuses Kumar.

Tour guides are fond of telling foreign visitors to Mumbai that only Miami has more Deco structures internationally. Local legend says the coastal Indian city has 200 such buildings. Kumar and his small team, which is not-for-profit, are working hard to come up with a precise tally for the first time by documenting the entire city and adding all the Deco buildings to a Google map on their website.

“We want to establish the accurate number and therefore position Bombay’s relevance correctly across the world,” explains Kumar, who says they’ve already counted 136 in 18 months, with several neighbourhoods left to investigate. “It’s definitely going to be way more than 200,” adds the finance professional confidently, before cautiously speculating that the final number could be around 300. The team talk to owners to establish which structures are Deco. They record building and architect names, dates of construction, coordinates and Deco features.

“We have 100% accuracy. If we are doubtful then we don’t include the building,” says Kumar, who also organises walking tours to spread the word. He laments that a lack of awareness has led many Deco buildings to be demolished or compromised by alterations. Property developers offering lucrative sums to replace them with luxury apartments have also caused destruction. “Ultimately our objective is to conserve this tremendous collection. As we talk to people they become fiercely proud and that translates into a desire to preserve,” concludes Kumar. 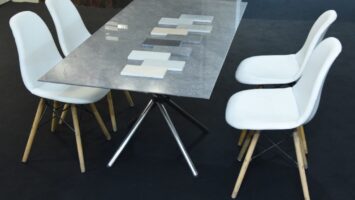 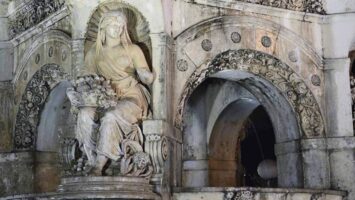 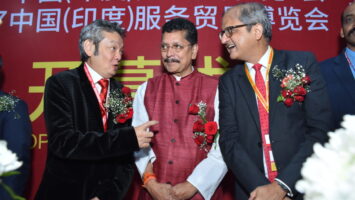