Dismissing two petitions against obtaining no objection certificate (NOC) from the Indian Navy for issuance of occupancy certificates to buildings near naval establishments, the Bombay High Court last week said that the security aspect is a “fundamental necessity” and all public bodies who are entrusted with the task of deciding on the location of a residential area must be alive to it at all times.

A division bench of Justice S C Dharmadhikari and Justice B Colabawalla said, “It can hardly be disputed that ensuring safety and security of our naval establishments is certainly in public interest… The security aspect is a fundamental necessity that the planning authority and the public bodies who are entrusted with the task of deciding on the location of residential areas, must be alive to at all times.”

The bench was hearing two petitions moved by Sunbeam Enterprises and Lakshchandi Columbia Enterprises, challenging a decision of Brihanmumbai Municipal Corporation (BMC) to obtain a NOC from the Indian Navy before granting occupancy certificate or development permission for the construction to be carried out.

Sunbeam Enterprise told the court that after the completion of their new multi-storied building, ‘Laburnum’, comprising stilt-plus-ground-plus six upper floors at Kurla village, through its architect, they submitted the building completion certificate to the BMC Assistant Engineer and also submitted an application that it be issued occupancy certificate. In reply, BMC raised a condition requiring the petitioner to check whether their land and the building falls within 500 metres from the National Armaments Depot (NAD) boundary, and accordingly obtain a NOC from the NAD. The civic body further informed the petitioner that they will not issue the occupancy certificate without the NOC.

The BMC had put a similar condition to Lakshchandi Columbia Enterprises and asked it to submit NOC from the Naval Administration for development permission for reservation of Judicial Officers’ Housing at LBS Road and Rajubadekar Road, Kurla (West), which is in the vicinity of Material Organisation Depot.

Dismissing both the petitions, the high court said, “We are unable to agree with the argument canvassed on behalf of the petitioners that there are no provisions either under the MRTP (Maharashtra Regional and Town Planning) Act, MMC (Mumbai Municipal Corporation) Act or the DCR, 1991, which would enable the Planning Authority to impose such a condition.”

Denzil D’mello, Advocate, Sunbeam Enterprise and Prasad Dhakephalkar, Senior Counsel, Lakshchandi Columbia Enterprises had argued that the condition imposed upon the petitioners for obtaining a NOC from the Naval Authorities are completely “arbitrary and without any backing in law”.

The condition was imposed by BMC on the basis of circular issued by the Ministry of Defence to the chiefs of the three Armed Forces (Army, Air Force and Navy), which lays down the internal procedure and guidelines to be followed by the Defence Authorities regarding construction to be carried out in the vicinity of a Defence Establishment.

The counsels argued that the National Armaments Depot and Material Organisation Depot, neither of these Defence Establishments could be termed as vital or strategic installations, making them sensitive areas which would pose any serious security threats by the construction sought to be carried out by the petitioners. “The issue of security is only a bogey raised by the Naval Authorities to somehow justify their action of refusing to grant the NOC and therefore, ought not to be taken cognizance of by this court for the purposes of refusing the reliefs to the petitioners,” they argued.

Additional Solicitor Anil Singh argued that there was no merit in any of the contentions of the petitioners. “It was totally incorrect on the part of the petitioners to state that the condition imposed by BMC for obtaining the NOC was completely arbitrary and without the backing of any law,” Singh told the high court.

Singh said that in Section 46 of the MRTP Act, with Regulation 16 of DCR, 1991, it is clear that the BMC not only has the power, but also a duty to consider all aspects, and especially the aspect of safety and security before granting any development permission. “This is something that the Planning Authority (BMC) has to take into consideration at all times,” Singh told the court.

The bench said, “The security of the armed forces and its establishments are of paramount importance for the security and safety of the nation. We cannot lose sight of the fact that indeed the times have changed. Terrorism is on the rise and the state is no longer fighting a known enemy. The fact that the nature of the threat to the security of the nation has undergone a vast change over the last decade with terrorism emerging as a source of major and unconventional danger need not be overemphasised.” 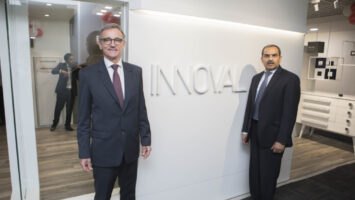 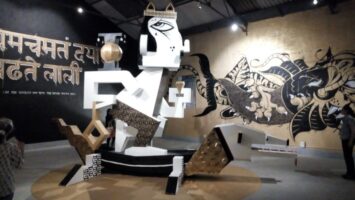 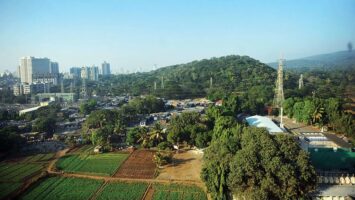