Export of total finished steel saw an annual jump of 45% to 0.778 million tonnes during October 2017, according to official data.

The overall exports of finished steel stood at 0.537 million tonnes in the same month last year, according to Joint Plant Committee’s latest report.

However, on month-on-month basis, the overall import in October 2017 was down by 25.7% over September 2017, it said, adding India remained net exporter of total finished steel last month and during April-October 2017.

On month-on-month basis, the consumption in October was up by 1% over September this year.

During April-October, “the consumption of total finished steel saw a growth of 4.5% at 50.337 million tonne over same period of last year, under the influence of rising production for sale and imports,” the report said.

Empowered by the Ministry of Steel, the JPC is the only institution in the country which collects data on the Indian iron and steel industry.

India is the third largest producer of crude steel in the world after China and Japan. The country is now aiming to grab the second spot. 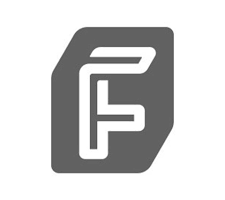 JSW Group steps into the furniture industry with ‘Forma’