Calling Brihanmumbai Municipal Corporation’s report on the sociological and ecological impact of the land reclamation for the multi-crore Mumbai Coastal Road Project off Breach Candy and Priyadarshini Park “flawed” and “partisan”, fishermen’s body in Worli, Koliwada have sought a fresh study in the matter. Fishermen, earlier, had warned of a public movement against the project if the BMC did not opt for a stilt or a bridge instead of land reclamation. Shweta Wagh, Assistant Professor, Rachna Sansad School of Architecture, who has also studied the sociological and ecological impact of the project, said, “The report submitted by the BMC is extremely flawed and done without including the local communities.

Fishing is a seasonal exercise. (So the impact of such an infrastructure project, which includes reclamation at fish-breeding sites, should be studied over a year.” The fishermen community fear land reclamation would lead to a reduction in catch. “When I used to accompany my father during fishing, there used to be a great variety of catch in shallow water and near the shore and creeks. But now, due to construction activities and pollution, we have to enter deep sea,” said Kiran Koli, General Secretary, Akhil Maharashtra Macchimar Kriti Samiti, at a meeting.

At the meeting, members opposed the coastal road project and requested the administration to take a holistic approach and study the impact of all the infrastructure projects, which will reclaim the sea. The Fishermen community also listed the projects – coastal road, Shivaji Statue, ONGC drilling and existing Bandra-Worli sealink which have affected or are likely to have an impact on their livelihoods. The work on the coastal road project began in November 2018. Recently, the Bombay High Court refused to put a stay on the project after the fishermen approached the court seeking a stay. For Mumbai, sky is the limit 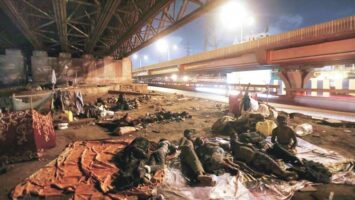 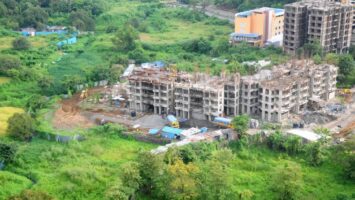