The winners of an international design competition which asked architects to imagine a self-sufficient lunar colony designed for living, working, researching and space tourism have been announced.

From a huge number of applicants worldwide, UK-based publication Eleven Magazine revealed nine schemes for their ‘Moontopia’ competition. These winners were selected by an expert jury including space-architects, academics and NASA designers. 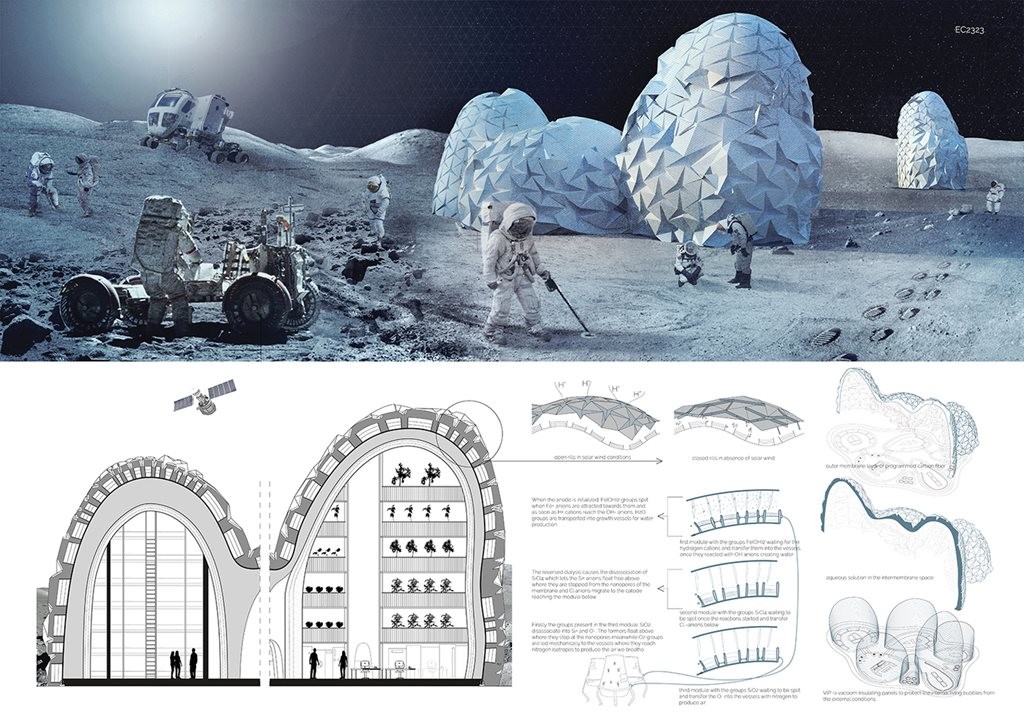 A medium-scale lunar colony, Test Lab envisions a base point in the frontline of space exploration and Lunar colonisation. The most important structure of the Test Lab is the outer membrane. Based on a simple origami pattern and made of programmed carbon fibre, it has the ability to shape itself once it senses pressure variation with the first solar wind. 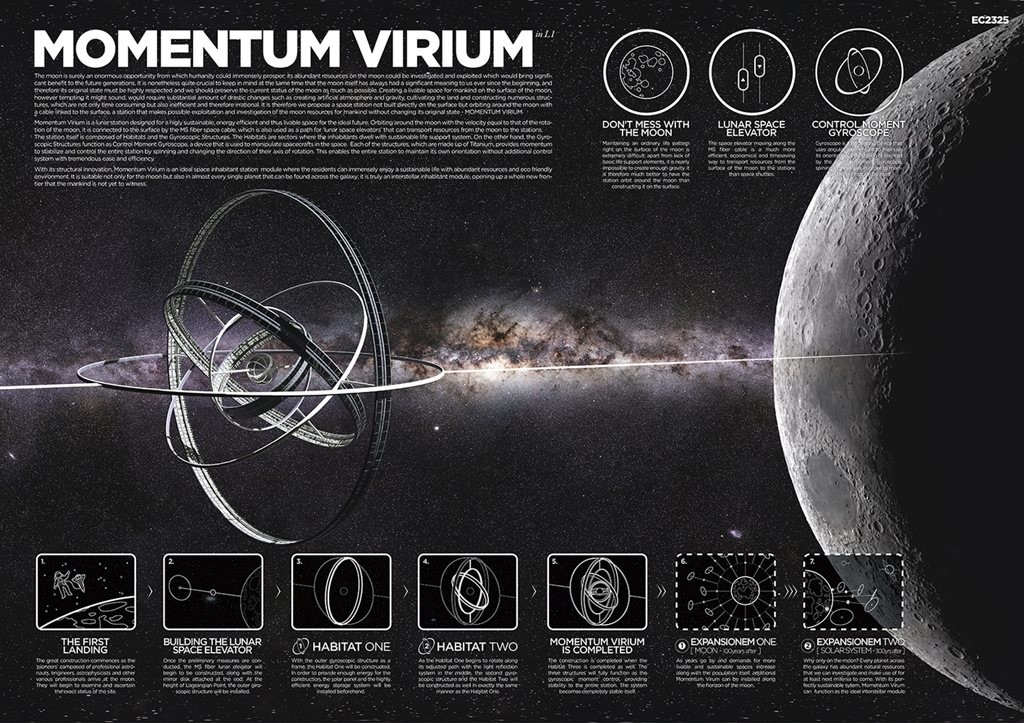 For the runner-up team, it was important that the Moon kept a significant meaning for human life on Earth. They decided to base their Moontopia in the lunar orbit rather than on the surface of the Moon itself. 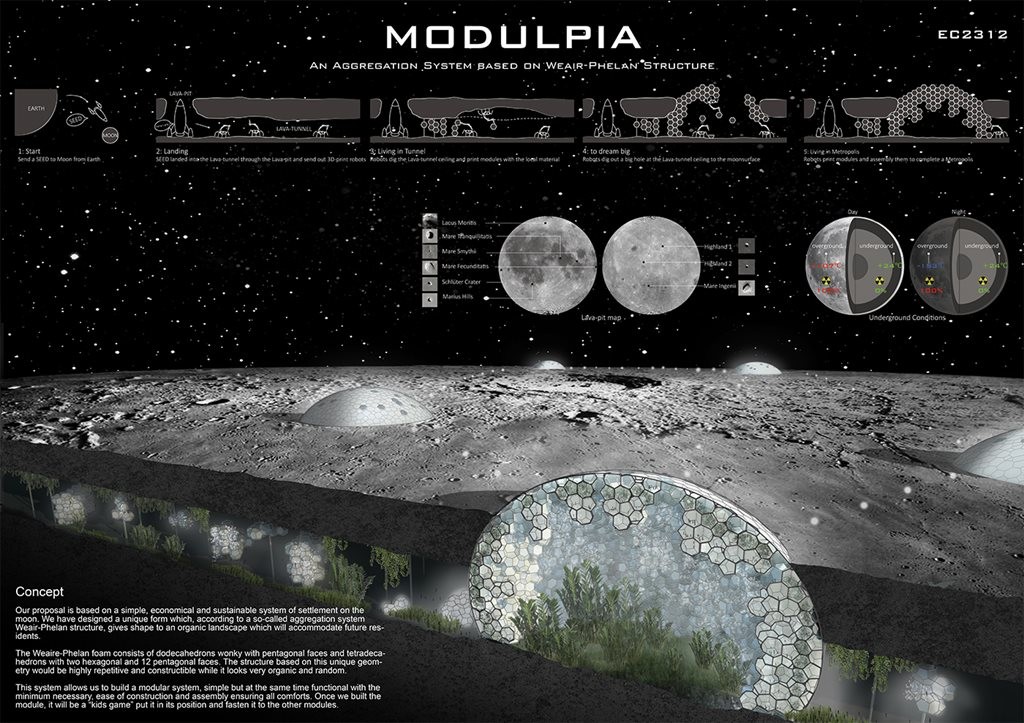 Modular in nature, Modulpia could grow organically in time and employ bioregenerative strategies, allowing it to provide its own food, plants (for CO2 removal and oxygen production), and generate drinkable water from gray water. 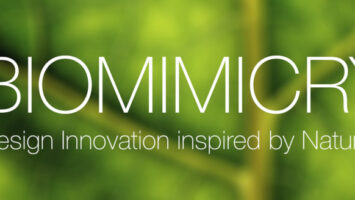 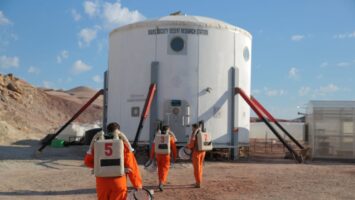