News Blink
If the Queen City has a crown, it might be the public-minded waterfront. And one of its brightly shining gems is the Community Sailing Center. The facility’s mission is to make sailing — an activity historically associated with wealthy white men — accessible to everyone.

Because of the CSC, every year some 6,000 people, including almost 1,900 children, sail or paddle in boats they don’t have to own, maintain, store or insure. The Burlington center, dependent on philanthropy and revenue from classes, asks for none of the membership or annual fees associated with yacht clubs. A dinghy sailboat can be rented for $30 per hour, a paddleboard for half that.

Now the CSC is about to get a new home. Though it won’t be fully operational until the fall, the Raymond P. Sullivan Sailing Education Center at the Pomerleau Community Waterfront Campus (named for two major donors) will have a soft opening in late July. The ground was broken last October, and the 22,000-square-foot, multistory waterfront building is currently taking shape beside the Andy A-Dog Williams Skatepark. When finished, it will feature net-zero energy use, classrooms, showers, indoor boat storage and a third-floor, covered event deck with southwest views of the water.

This generous design is the work of Marcel Beaudin, 88, a South Burlington architect who has been practicing in Vermont since 1957. While it took the vision and determination of many people to raise $5.75 million for this community center, Beaudin can be credited with a guiding role.

Beaudin is more than the building’s architect; he’s responsible for Burlington having a community sailing center at all. An enthusiastic sailor and member of the Lake Champlain Yacht Club in Shelburne for more than 40 years, he led a group of friends and fellow sailors in founding the CSC in 1994.

Over the years, the center has found makeshift quarters in the leaky, abandoned Moran Plant and, after 2007, in the old Burlington Water Works building — essentially a garage where the bathrooms are three portable toilets.

The new facility will be of a different order. Seated in a construction trailer beside its framed-out bones on a recent rainy morning, Beaudin dealt cheerfully with both a reporter and the workers. The latter popped in to consult with the architect on floor-pouring plans, tiling and color swatches.

Beaudin’s upbeat mood was understandable. The new facility, he said with a broad smile, is “a dream come true.”

Beaudin would seem an unlikely champion for the concept of a community sailing center. He continues to pay almost $1,000 a year in yacht-club fees and has owned many boats over his lifetime. (He sold his last, a 23-foot Sonar, a year ago with the provision that he be able to borrow it to race in the LCYC’s Ladies Cup Race in August.) But Beaudin was always bothered by the perception of sailing as an elite sport. “I smarted under that association,” he said. The vision of a facility where anyone can learn to sail has been with him for decades, he said, and may well date back to his training as an architect.

Beaudin’s professional development has been well documented, thanks in part to a retrospective of his architectural work mounted by Burlington City Arts in 2005 and a 2012 interview with Dwell magazine. But his story bears repeating.

The Barre native was born in 1929 into a stone-carving family with centuries-old roots in the business. Yet in 1947 he decided, on the spur of the moment, to become an architect. The catalyst was a chance visit to Le Corbusier’s studio in New York, where the Swiss-French architect had come to build the United Nations complex.

Beaudin enrolled immediately at Pratt Institute, where he absorbed the form-follows-function mantra of the era’s famous modernist architects. In an interview at his small but meticulously arranged office on Shelburne Road, Beaudin explained that he honed his design-competition skills at Pratt, in part by serving juries coffee to learn how they worked.

“I won a lot of competitions,” he said with a smile. For one of them, sponsored by Indiana Limestone, he designed a structure with an interior frieze depicting the history of jurisprudence. The addition of ornamentation, which served a psychological purpose in Beaudin’s opinion but ran against the “functional” mantra, disturbed his modernist professors but won him the contest.

By the time Beaudin returned to Vermont to raise a family with his first wife, in 1957, he was notable enough for the Burlington Free Press to reprint excerpts from his senior thesis on urban planning in a four-part series. In them, Beaudin urged the City of Burlington to develop a master plan to avoid being eviscerated by suburbanization.

Those writings, pointed out Vermont architectural historian Devin Colman, offer an early glimpse of Beaudin’s interest in the lake and its preservation for public use. “A master plan would thwart misuses of the city’s lakefront and trees,” Beaudin wrote. “It would not only anticipate the immediate needs for beaches and parks but also its future needs.”

Piecemeal planning might be more expedient, Beaudin continued, but it “takes the toll of the city’s natural advantages for the immediate benefit of a few.”

Beaudin founded his practice in 1959 and began designing distinctive modernist residences for successful clients, among them James F. Heywood, then the first manager of the IBM facility in Essex Junction; Shearer Automotive president Bill Shearer; and University of Vermont psychology professor Donald Forgays. (Full disclosure: This reporter now lives in the 1965 Burlington house that Forgays commissioned.) 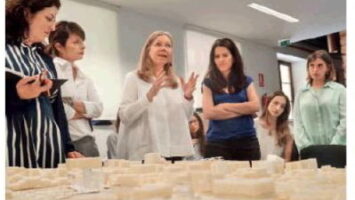 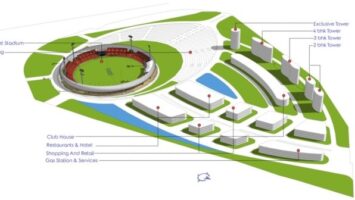 Eight new cricket stadiums could be coming to the U.S. by 2020 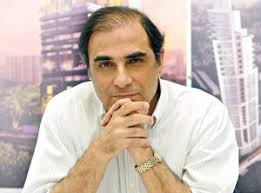