The collection, which will be shown during Milan design week, features eight chairs that all reflect on the repetitive grids of windows that appear in city apartment blocks and high rises.

Made from steel, the seats are attached to a square outline that represents the window frame. Each chair features subtle differences, anchored to the window at different points, or featuring ‘stairs’ that lead up to the seat. One chair curves away from the frame, like a bench.

“The window is the architectural element that best represents the concept of urban density,” said Ponti, who is from Italy but has been living in Hong Kong since 2013. Ponti specialises in product design, and has collaborated with major brands including Panasonic and Philips.

“A second glance will reveal the story behind each window: the story of the person or people that live behind that window, occasionally projecting their contours and their shadows over it,” he added. “What emerges from that is a unique urban scenery made of frames and silhouettes, lights and shades, textures and colours.”

This isn’t the first time Ponti has used the city’s architecture as a source of inspiration. His concrete and steel Kanban table was intended to reference Hong Kong’s industrial buildings, as well as the neon signs that hang over the streets in the Kowloon district. 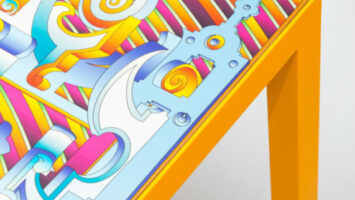 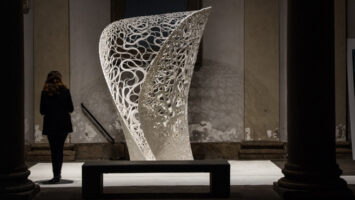 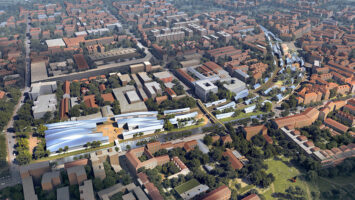