London-based EcoLogicStudio’s BIO.tech HUT is a three-part pavilion at the biennial world fair event, exploring the boundaries of biologically based architecture. The prototype aims to ‘probe the future, test scenarios and promote the emergence of a new narrative in future energy’.

The first part of the exhibit, the Bio.light Room, is a dark space in which the only visible light emitted is from bioluminescent bacteria. The organisms absorb energy through photosynthesis in tubes that encircle the outside of the pavilion, lighting up the dark part of the exhibit when shaken and oxygenated.

A third area, Garden Hut, uses a high-speed air flow to lift algae into glass tubes, generating a stirring effect that allows the desired oxygen and carbon dioxide exchange to occur, before falling back with gravity. A pump isn’t needed, a method that the team thinks hasn’t been used in algae production previously.

Five tubes containing different types of algae loop the exhibit, collecting in tanks for harvest as super-food or bio-fuel.

EcoLogicStudio estimates the hut can produce enough algae-based protein for 12 adults, the protein equivalent of eight cows. By switching to an algae protein diet, the overall net contribution to carbon sequestration of the BIO.tech HUT would be around 90kg per day — the same carbon sequestration potential of 500 square meters of forest.

The BIO.tech HUT can also produce about 1kg of bio-fuel a day, comprising either dry algae or oil produced by green algae — enough to power a north European home.

According to Marco Poletto, Director at EcoLogicStudio, it makes more sense for to produce food from the algae produced. To realise the ambition of bringing microorganisms into architecture, “in an urban environment you are looking to grow strains that have higher market value”, he said. 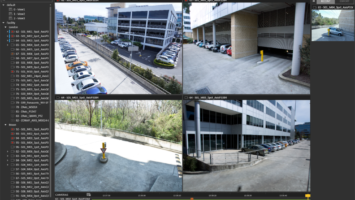 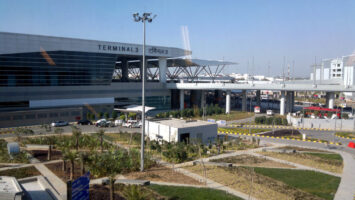 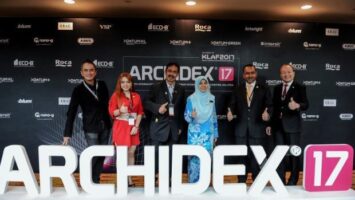