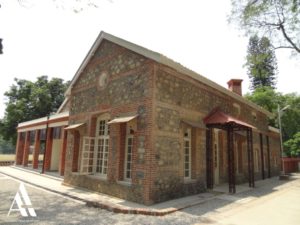 The Old MCR (Masters Common Room) is one of the oldest buildings on the Doon School Campus dating to pre 1914. It was built in the typology of a simple cottage known as the Ness House, in a composite stone and brick architecture as part of the Forest Research Institute. When the campus was acquired by the Doon School in 1935, it became the Masters Common Room, the name still continues till date. It was used as the hospital as well as the accommodation for the staff. Being over 100 years old, the other cottages of its kind had given way to newer buildings, while this one stood as a quaint landmark along the main field. 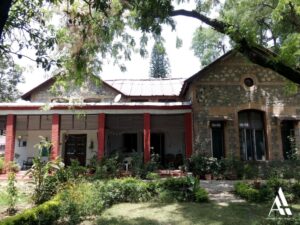 At the time of the first survey in 2014, it was in a very poor condition, suffering from problems of water ingress from the roof and floor, severe deterioration of the renders, finishes, flooring and doors and windows. The incremental nature of planning over the years had led to incongruous accretions, such as enclosing the verandahs on two sides and the addition of a mezzanine floor on one side. However, most of the interventions were piecemeal and detracted from the architecture and ambience of the building and the campus. 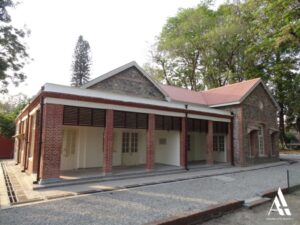 In 2014, the building was blighted for redevelopment owing to its poor condition. A conservation assessment was commissioned by the School and options were considered and their feasibility evaluated for conservation and adaptive reuse of this structure. After almost 2 years of detailed and careful planning the project was implemented during 2016-2017. 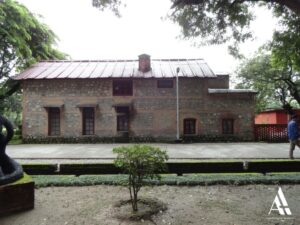 The Client’s brief was to create within the existing envelope one 3 bedroom unit and one 2 bedroom unit without disturbing or changing the structure of the building. The basic principle was to make sure that the historic building remained relevant to the Client through this intervention. A thorough evaluation of the project was made from the Client’s side to ensure economic and spatial feasibility. The project adopted a pragmatic approach, which kept the spirit of the place at the centre of all decision making. An assessment and evaluation of values and significance of the property was one of the tools adopted to guide the design process. The principal design strategies were respecting the spatial integrity of the structure and removal of accretions, conservation of the historic fabric and attributes of value using appropriate traditional materials, minimal intervention in the historic fabric and the interior aesthetic to be in sync with the overall architectural language of the building. 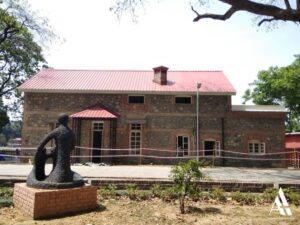 The primary task was the structural safety of the building and making it wind and water tight. The original jack arched ceilings were in suffering from a high degree of structural distress due to rusting of the girders, clever structural cost effective solutions were designed by the team with structural advice. Additionally, the entire services of the building had to be carefully overhauled to meet the standards of the 21st century. 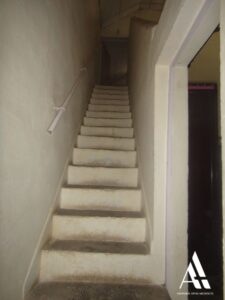 The cost of the project was of primary concern hence it was ensured that most of the reusable historic material from the site was carefully salvaged and reused in particular the timber from the trusses. Additionally, the incremental additions such as the addition of the mezzanine in RCC was retained as usable space but reconfigured to ensure that the repurposed space was more valuable. However, incongruous additions such as the toilet on the façade were

carefully taken down. All kitchens and bathrooms were redesigned, and the false ceilings were removed to make the most of the overall height of the building. The new materials used were chosen to be rustic and natural to match the historic ambience, the restoration project used lime mortar, plaster and lime wash. The entire restoration was carried out by local craftsmen and supervised by a professional contractor and project management team. 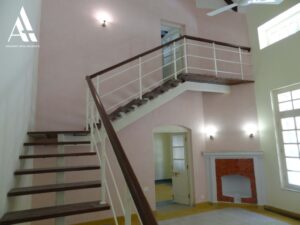 This project epitomizes the heritage of the ordinary. It has proved by example how with careful design, pragmatic design making and sensitive restoration can have a positive impact on the urban environment. The restoration of this building reinforced it as a local level landmark within the campus. The project also demonstrated that historic buildings can be rescued and made relevant by adaptive reuse and it gives hope to many such buildings across the country.